The Ultimate Guide to Surfboard Fins: FCS, Futures and more 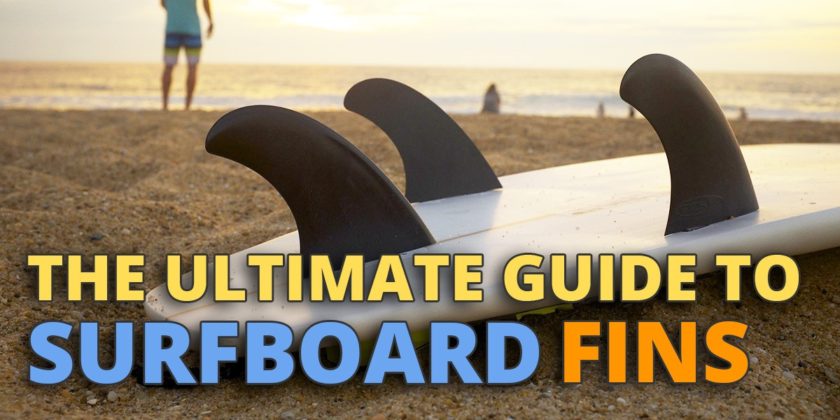 Choosing the correct surfboard fin is simple when you follow the 5 steps listed below:

1) Identify the type of fins on your surfboard

Look at the existing fins on the surfboard that you are using. There are 3 main fin systems that currently exist: Futures Fins, FCS 1 Fins and FCS 2 Fins.

Identifying fin systems using the fin boxes on your surfboard

If you don’t have access to the surfboard fins then you can look at the fin boxes for identification:

Different fin setups work best in differet wave conditions. The 3 fin thruster setup works best in most conditions so is best to go with if you’re unsure. As a general rule:

3) Match your body weight to the correct fin size

Different fin sizes work best depending upon how heavy you weigh.

4) Choose a fin made of the correct materials

Normal fiberglass fins are the default choice for most surfboards. Both composite fins and standard fiberglass work well in conditions that have small and medium sized waves.

Longboard fins that have extra height (and also plastic fins) will provide the most flex and work well in waves with smaller conditions and are for surfers that want long arching turns.

Keep in mind that the FCS X2 is the name of the latest version of the FCS 1 fin system – so don’t confuse the FCS X2 system with the FCS II system.

You can recognize a FCS fin because it has 2 small tabs that are on the base of the fin. These tabs are slotted into the fin boxes that are installed on the bottom of the board. Once slotted in, the fins are secured in place using surfboard fin screws.

FCS introduced the FCS 2 (or FCS II) fin system which is designed to have a number of improvements.

You can recognize the FCS 2 system as it has 2 tabs on the base of the fin AND the front tab of the fin is longer compared with the back tab on the fin. Compared with FCS 1, this provides more strength in securing the fin base to the fin box. This in turn provides better fin flex.

Instead of using two small fin boxes (or fin plugs) for each fin, with FCS 2, one large fin box is used for each fin which provides the fin boxes with extra strength. So the issues of FCS plugs pushing through the core and cracking the deck of the board are no longer present.

Compared with an FCS fin system, a Futures fin is easily recognizable because instead of using 2 tabs at the base of the fin, it just has 1 tab throughout the entire base of the fin with multiple holes throughout the tab. This is then placed in just one long fin box for each fin. Fans of this fin system like the extra long tab with multiple holes as they believe it provides a stronger connection and better flex. The major downside of this fin system is simply that because it is not as widespread as FCS, less boards are compatible – so it can be harder to find replacements and suitable boards/shapers.

To recognize which surfboard fin setup you have is fairly easy. Simply turn the board upside down and count the number of fins that are at the tail of the board. The fins will be in one of the following configurations:

The single fin surf board is only really used on longboards nowadays and was how the original surfboards were designed. It’s quite rare to find this design on a shortboard.

A single fin gives your surfboard a much smoother ride. Your turns will be slower and more circular so it’s harder to pull off tight and sharp moves – this means you have to go with the flow of the wave more. It makes gaining speed via pumping (moving up and down the wave to generate speed) harder on single fin setups. However, fewer fins on the board means less drag and so a single fin setup does gain a bit of speed when not turning. If you’re surfing barrelling waves then a single fin is at a disadvantage as you don’t have any extra fins on the side of the board for stabilization.

Whilst this fin setup might be slower and harder to pull off fancy tricks, the single fin does offer more elegance and an alternative style of surfing. It’s works well with longboarders on small to medium sized waves.

Twin fin surfing is a setup that is typically used on shortboards. Without the extra third fin that’s usually used on shortboards, you get less drag so your speed improves and it makes the turning of your board much looser, rapid and responsive. However, without the extra third fin, the turns on your surfboard are less stable (and the stabilization also drops on barrelling waves). Because of this, the board is more likely to come out underneath you so you need a good balance to use this board.

The twin fins are normally placed at equal distance to each other on opposite sides to the center of the board. They also tend to be pointed slightly inwards towards the center as well.

The twin fin setup is good for small to medium sized waves up to 6 foot, not so good on bigger waves and ones which have a barrel.

The 3 fins setup (also commonly known as thruster fins) is pretty much the most popular configuration for surfboards. Thruster fins allow a surfer to rapidly turn and cut into a wave. Not only is your maneuverability increased but the 3 fins provide more stability. This makes 3 fins versatile as the board can be surfed in a range of conditions, especially well in large and barrelling waves. With skill and practice, you can use this fin setup to gain air and do vertical surfing.

In the thruster fin setup, the fins are of the same size and placed in a triangular shape with each fin being located at the tip of the triangle. This means you have one back fin in the center of the board and two front fins further forward on the sides. The back fin usually faces directly straight down the center of the board whilst the two front fins are turned slightly inward.

The tri fin setup works well in pretty much all conditions. The one main drawback with this setup is that on smaller waves the extra drag caused by 3 fins means that you may lose some speed. To make up for this, surfer’s tend to pump their boards (moving up and down the wave to gain speed).

An extra advantage with this setup is that if you have removable fins, you can adjust the number of fins to single fin or twin fin surfing.

With a quad fin set up, 2 fins are placed on each side of the board and there is no central fin. With no central tail fin, water can glide down the center of the board with less drag so there is an increase in speed for the board (despite there being an increase in the total number of fins causing drag). Initial acceleration is quicker and you don’t have to pump your board as much to gain speed.

The increased number of fins helps with the responsiveness and maneuverability of the board – you can quickly cut and change direction faster (which is also partly due to their being no central fin). This makes turning feel much looser, like that of a twin fin.

So what’s the drawback?

The extra speed and power offered in the turns of the board can be hard to control. When choosing this setup, check whether you have the flexibility and reaction speed needed to handle it otherwise the board is likely to fly out from underneath. Generally, a 3 fin setup is more forgiving in comparison to a quad fin setup.

The 5 fin setup isn’t usually surfed with all 5 fins installed. It’s a configuration that’s been created so you can set up your fins as either: single fin, twin fin, tri fin or quad fin. This is the main purpose for buying a 5 fin board.

However, some people have been experimenting with using all 5 fins whilst surfing. To do this, you keep the 4 outer fins as you would on a quad board, but then with the fifth central fin you add a miniature fin. With this miniature tail fin you provide more control without sacrificing speed. There is still much experimentation occurring with the 5 fin setup.

It’s a good compromise for surfer’s that want something which is between a single fin and a tri fin setup. If you’re a longboard surfer and you’re undecided as to the type of fin configuration to go with then this might be for you.

If using removable fins, you can always remove the side fins to return the 2+1 setup back to a single fin setup.

We carry all top brands